The other day, I was from a party lit party (#KoikoiUg turned one year on 15th July) at around 03am, I walked out of the party to find the means to travel back home, two motorbike men (Read: Boda-boda guys) both said “Boss, we go?” I looked at them critically; one was in a black leather jacket and looking a bit drunk but sober, the other was in a blue sweater and an orange sleeveless reflector jacket on top, two helmets one he was wearing and the other was for any client. Yes, it was a safe boda so I chose it over the other.

So I stepped close to discuss the ride arrangement that is to say, my destination and the fare. Upon reaching an agreement of the arrangement he gave me a helmet and I humped on to get going. There was a sheer silence for at least four minutes into the ride, then he broke the silence with a question “But Ggaba is far!” He said. “Ah, not really, it’s just that people keep saying that, but, it’s not far” I replied in a pep talk manner

This was a quick starter of the conversation and it was going well then he stopped at a Shell petrol station to refuel for the journey ahead, I gave him all the money we agreed upon. And a few moments we back on the road and the conversation continued from where we had left it.

“You see, the last time I was on Ggaba road, it didn’t go well” the boda guy said. “Oh! What happened?” I responded.

“Let me first ask you a question,” he said

“Please, go right ahead” With esteem I replied.

“Are the ‘the ladies of the night’ an option to you sometimes?”

“Me? Ladies of the night, no, they have never been an option”

“I don’t know exactly what’s wrong with ladies sometimes, actually they are the devil”

“Ha-ha” I giggled. He started to narrate the whole story from to the top.

“There was a night, I got a client –a lady of the night, she was heading to Bunga, we agreed upon the fares which was UgShs. 10,000. When we reached the destination she checked her purse and pulled out a UgShs. 2,000 note, looked at it criticially and handed it over to me.”

“I told her politely that, this wasn’t the money we had agreed upon, she responded in a bold-bossy-way and told me, that was all she had, and explained that, she thought it was a 10,000 note but to her surprise as well it was a 2,000 note.”

“I insisted and told her that I wanted my full payment, though still in a polite tone, to my surprise now she wanted to change the method of payment, so she told me, she didn’t have any more money in her purse but she could sort me in a kind way if I wanted. And she started drawing close to me”

“My brother, it had never happened to me” [I am now a brother to him, hehehe I love Uganda, Hospitality levels are top class] So, I leaned back and saw his name and number on the Jacket which I still remember off head.

“So, ahem? What happened next? What did you do?” I asked with curiosity.

“I looked at her and felt pity, so I told her to go” I lifted my eyebrows in amazement and before I said a word he added, “you see, It was a cold night and I had the capability to do anything I wanted, given the fact that she had even allowed it to happen…”

“Stop, right here, this is the final destination” I interrupted him and didn’t let him finish.

So, I got home and thought about the conversation I had, and one thing I learnt, is that: when taking a boda-boda or planning to buy anything always check that you have the exact money or more. Because you my friend, eh you never know.

This blog was curated  on Ugbloc.com

21 thoughts on “When Taking A Boda-Boda” 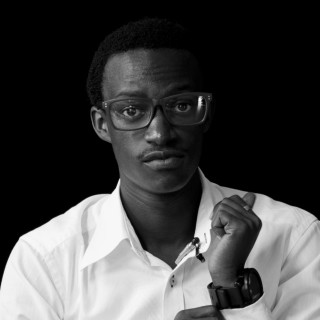 Born in a small fishing village on the shores of Lake Nalubaale commonly known as Lake Victoria, in Ggaba, Kampala-Uganda. He has had both formal and informal education and he is currently a novice farmer, a social media strategist, a traveler, a swimmer, always hungry for healthy foods and full-time creative, who embraces limitation. | Believer.